Inter is short for “interdisciplinary, a word that is becoming increasingly popular in science and higher education. A discipline is a more or less defined field within which certain methods and practices are used. Interdisciplinary students and researchers try to connect these different disciplines. They do so out of the conviction that some issues cannot be answered by a single discipline. To understand and address big issues such as climate change, globalization or digitalization, you need to first study them from a variety of perspectives.

Inter was created by the Institute for Interdisciplinary Studies at the UvA and follows in the footsteps of the former interdisciplinary magazine Blind, which was founded by students at the University of Amsterdam in 2004. The huge archive of timeless articles on topics such as Gold, Color Consciousness and Energy can still be found as usual on this website.

Inter is created by students for students. The editorial board members come from a variety of different academic backgrounds and always strive for diverse articles that offer wonder, surprise, newsworthiness, depth and the occasional wink. In choosing topics, one’s own interests are followed and social and scientific developments are taken into account.

Our editors are advised by an editorial board consisting of scientists from different fields. The function of the editorial board is important for networking, quality assurance and support, which is possible thanks to the different expertise of its members.

Would you like to contribute to Inter? Then send an email to intermagazine@ziedaar.nl. We are still looking for enthusiasts to join the editorial team, create illustrations and help improve the website.

Roeland Dubèl (1999) is a second-year Research Master’s student in Communication Science. His interests within the science of communication are in how the digitalisation of our media environment has affected our news consumption patterns, as well as how mediated political content can affect us emotionally. In his eyes, the goal of any science should be to answer as many questions as broadly and profoundly as possible. It is the ground for his passion for interdisciplinary science. Within his study, he loves to apply digital methods from the computational sciences, but he also has an interest in using physiological measurements from psychology and the neurosciences (to measure emotional reactions in specific). It reflects his key idea that one is better able to answer questions when one looks at it interdisciplinary.

Rena Eliz Hänel is a Masters student in International Trade and Investment Law and holds a BA in European studies, with majors in European Law and East European Studies (UvA). Before moving to the Netherlands, she lived and studied in Germany, the Czech Republic and Bosnia and Herzegovina. In her studies and writing Rena is interested in exploring nature- and community-centred approaches to law and visions of economic organisation beyond growth and extractivism. Her greatest non-academic passions include baking and horror movies. At Inter Rena acts as co-editor-in-chief, as well as writing editor and occasional illustrator. 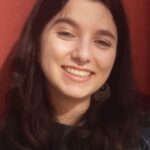 Rosa Hofstee recently graduated from the MSc Conflict Resolution and Governance, after finishing the bachelor Interdisciplinary Social Sciences at the University of Amsterdam. Her firm belief in the power of interdisciplinarity and a strong sense of curiosity always leads her to new, unexpected stories and inspiring people. She loves to write in small notebooks with a black fine-liner, especially on a sunny terrace drinking a Campari. For Inter, Rosa is the co-editor in chief as well as a writing editor. 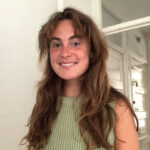 Helge Moes (1996) is studying the Research Masters in Communication Science at the University of Amsterdam. Previously, he was an undergraduate Media & Information student and Erasmus exchange student at the School of European Languages Culture and Society at University College London. He wrote his thesis on building virtual communities on social media through the use of affordances during his traineeship as a Digital Transformation Trainee at the Digital Society School.  Besides media, science and technology, he has broad interests in (pop) culture, philosophy, history, film, psychology and business administration. At Inter, Helge is writing editor and takes care of pieces related to the Institute of Interdisciplinary Studies. 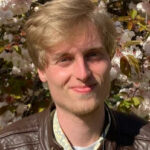 Romana Petkovska is a student and art enthusiast in her early 20s. She comes from Slovakia, currently studies Bachelor’s Literary and Cultural Analysis, and loves reading, writing, watching Netflix or going to museums. 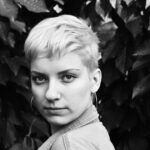 Pieter Vergouw: Hi, I’m Pieter. I have a bachelor degree in Business Administration and I am a qualified English and Economics teacher. I’m currently pursuing a master’s degree in Law at the University of Amsterdam and my interests include adult education, integrity in sports, tax policy and international law. 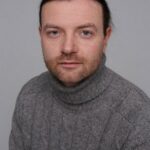 Below you can find the names of the former editors and contributors of Blind, the predecessor of Inter Magazine:

Special thanks to Will van Houten who took on the role of editor-in-chief for Blind for many years.