The Club of Angels by Luis Fernando Verissimo 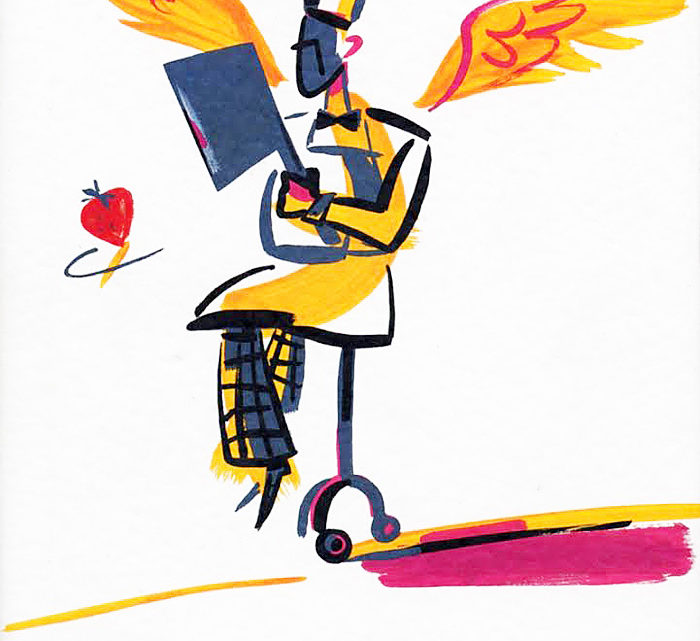 The Club of Angels by Luis Fernando Verissimo

What do you think about when you hear the word ‘pleasure’? What pops up in my mind immediately are food and sex, but also travelling and reading. The concept of pleasure is on the one hand very personal, but on the other hand also universal. Many people would include food in their list of ‘things that bring pleasure’ but not everyone would mention reading. For the men in the book The Club of Angels written by Luis Fernando Verissimo pleasure is synonymous to food, even if it means the end of their lives.The novel gives an omen for what you are about to read by starting off with a prologue that says: “All desire is a desire for death. A possible Japanese maxim”. From the beginning of the narrative the readers are made aware of the fact that a group of people has died from poisoning and that Lucídio, an outsider to that group, is the one who poisoned the food that killed them. Before the narrator Daniel starts from the beginning of the story, he gives away how it all ends. Daniel tells us that in all writing the author is the guilty party because “if two people are left alive, but one is invented, the other one must be the criminal”, however, he and Lucídio are the only survivors of this story and because he didn’t invent him, and it seems highly unlikely that Lucídio invented Daniel, “he is obviously the guilty one, given that he was the cook and everyone died, in one way or another, from what they ate” (Verissimo 2). It is certainly intriguing that you start reading a book already knowing how it is going to end. Despite of this, there is still reason to read on because you are curious how Lucídio could poison everyone.Daniel is part of a club, named the Beef Stew Club, that organizes dinners at each other’s house in order to show off their culinary skills and enjoy the food prepared. After their main leader Ramos dies, Daniel ‘accidentally’ meets Lucídio who ends up showing him what an excellent chef he is. Daniel, worried about the future of the Beef Stew Club now that Ramos has died, asks Lucídio to do the cooking for the next meeting of their club. Lucídio announces that he is making boeuf bourguignon, which Abel, one of the members, enjoys the most because it is his favourite dish. Coincidentally, or perhaps not so coincidentally, the day after the supper Abel is dead.

Something smells fishy when at the second meeting of the club, at which Lucídio again cooks one of the member’s favourite dishes, that member dies the next day. What is surprising is that after the two deaths, even though the members start to get a clue of what is going on, they keep going back to the dinners and allowing Lucídio to cook for them. Somehow their love for their favourite dishes and the delicious way in which it is cooked is the reason why they feel like they cannot stop going to the dinners, even if it means their deaths. This tale shows how pleasure, especially coming from food, can turn into gluttony. Gluttony, known as one of the seven deadly sins, means an over-indulgence or over-consumption of food, drink or wealth items. A deadly sin that eventually means the death of the characters in the novel, because they continue eating the poisoned food despite the fact that they know it will be their end. To understand why they would not just stop eating you would have to read the book. Although, whether you can empathise with these men is an entirely different issue.